travel blog » Mexico Events: When to go where 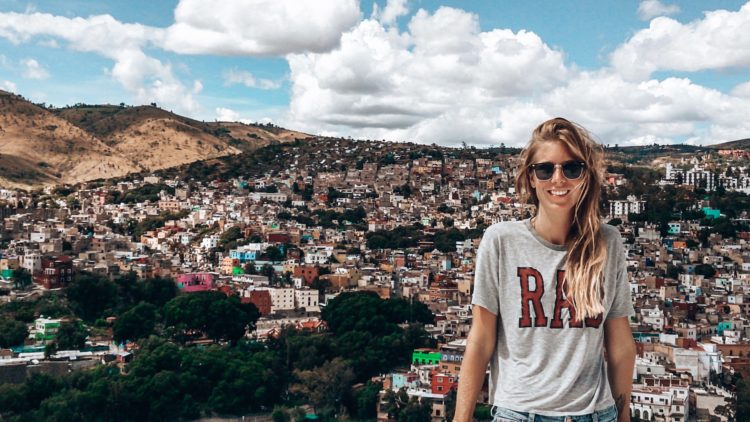 Are you in Mexico right now, wondering where and when the most important events will take place? Or are you still planning your trip, thinking when is the best time to go? In this Mexico calendar I will tell you what is going on in the country each month of the year: where to spend Dia de los Muertos (Day of the Dead) in the beginning of November, where you will find the best Carnival celebrations in February and which places you should avoid during the hurricane season. Needless to say: in Mexico there are many reasons to celebrate throughout the year!

Every beginning of the year, the famous monarch butterflies return to the mountains between Morelia and Toluca over winter and by that they color the sky in black and orange. Trees and sky are covered in butterflies. It is a beautiful scenery that you should not miss.

The biosphere reserve in Michoacán, where the monarch butterflies spend the winter, is best reached by public transport from Angangueo. The small town is located approximately in the middle between Mexico City and Michoacán's capital Morelia.

In the region around Michoacán, Mexico City and Puebla it gets really cold in winter. At night I sometimes experienced temperatures around zero degrees. So if you want to escape from the European cold, at this time of the year, it is better to stick to the country's coasts.

February in Mexico: Carnival in Veracruz

The best place to celebrate carnival in Mexico is definitely the coastal city of Veracruz on the east coast of the country. For a week, the cordoned-off streets around the port are lined with huge decorated floats on which countless costumed dancers celebrate with the crowd. Samba dancers remind of the world famous carnival in Rio de Janeiro. The party starts early every morning and ends late at night.

You can reach Veracruz from Puebla by bus. The journey takes about three hours. If you want to book a hotel room on site, you should be quick. We found a couchsurfing option, however, at relatively short notice, just one week before.

Just in time for spring break, Mexican and American students and schoolchildren descend on the beaches of the Riviera Maya and the Mexican west coast. Especially Cancún and Puerto Vallarta are considered as Spring Break strongholds. So you can either join and spend a week in a state of emergency or avoid these places at the beginning of spring.

The Easter week in March or April is a free week everywhere in Latin America, the so-called Holy Week. From Mexico to Argentina the streets are decorated for the many processions. Sacrificial tables, reminiscent of Thanksgiving, line the roadsides. There are celebrations everywhere and in the tourist resorts of the countries there is an absolute high season.

May in Mexico: Cinco de Mayo

The fifth of May is a Mexican holiday commemorating the victory over the French army in the battle of Puebla. Especially in Puebla and Cholula there is a state of emergency on this day with fireworks and parties all over the city. In Cholula the famous pyramid is illuminated all night long and the partying is even longer and wilder than other nights in the student city.

Puebla and Cholula are about two hours away from Mexico City by bus. Several buses take you from the airport of the capital directly to one of the two cities.

The European summer is not a good time to travel to Mexico. Hurricanes are in season on the coasts. This means that the beaches are often completely destroyed, the water reaches up to the outskirts of the village and it sometimes rains for hours. Of course there are also beautiful days - but the chances of this are rather slim. Even in the big cities in the centre, like Mexico City and Puebla, the rain sets everything under water from four o'clock in the afternoon. No matter how beautiful the weather was throughout the day: from exactly four o'clock on I was completely soaked like never before within seconds. The next morning all roads are flooded for several hours.

You are safer in the dry season from October to April. At this time you can travel the whole country in pleasant temperatures. The water temperature allows year-round bathing on every coast of the country and the thermometers in the coastal towns rarely fall below 25 degrees. At higher altitudes, however, you can even experience temperatures around freezing point in winter.

The most important Mexican holiday, Independence Day on September 16th, is best spent where it all began: in Guanajuato. Here, the night before at 11 pm (just like in any other major city in the country) the famous freedom call "Viva Mexico" by Miguel Hidalgo is staged and a huge crowd in red-white-green tunes in. After a night of partying in a state of emergency, military parades and processions are held in every village the next day, recreating the event of 1810.

If you are still able to drive on September 16th, it is worth making the trip from Guanajuato to San Miguel de Allende, an hour away, to watch the processions in this traditional town.

The Cervantino Festival in honour of the creator Don Quixote is also held in Guanajuato throughout October. To this end, artists for theatre, literature, art and dance from all over the world are drawn to the Mexican city.

One of my absolute favorite holidays - and probably the most famous Mexican holiday - is the Día de los muertos, the day of remembrance for the dead. Contrary to expectations, however, this day is not a day of mourning, but of celebration. Graves are beautifully decorated, usually with things that were especially important to the deceased, and the whole family comes together at the grave to eat, drink and spend the night together with their dead. Many houses are open on this first day in November and show decorated altars with pictures of their deceased. If you have the chance, be sure to drive to the island of Pátzcuaro in Michoacán for a few hours that day to experience the Día de los muertos in all its fullness. Here every house is open, atole (a kind of Mexican mulled wine) is served and the whole village is on the streets and cemeteries and celebrates all night.

At the Festival de Globos in León, on the other hand, you get the chance to camp in front of a cheesy backdrop right on the lake and watch countless hot-air balloons soaring into the sky. The balloons are presented on a large meadow already in the evening and rise the next morning. It's worth getting up early for that.

December in Mexico: Birthday of the virgin & many Posadas

It is actually hardly possible that you travel through Mexico without having heard the name Guadeloupe at least once. Mexicans venerate their national saint, whether in every church or on the altar in their own home. In her honour, on December 12, the day of her appearance, festivals are celebrated throughout the country. There are processions on every road and festive floats sometimes travel hundreds of kilometres from one town to another. Mexicans gather in churches throughout the day for various masses.

In the week before Christmas the so-called Posadas take place in every neighbourhood. Originally, this was supposed to represent the search of Mary and Joseph for a place to stay. All doors are open and people are celebrating together. Nowadays, however, it is mainly about smashing piñatas, colourful papier-maché figures filled with sweets.