travel blog » Sustainable travel - how does that actually work? 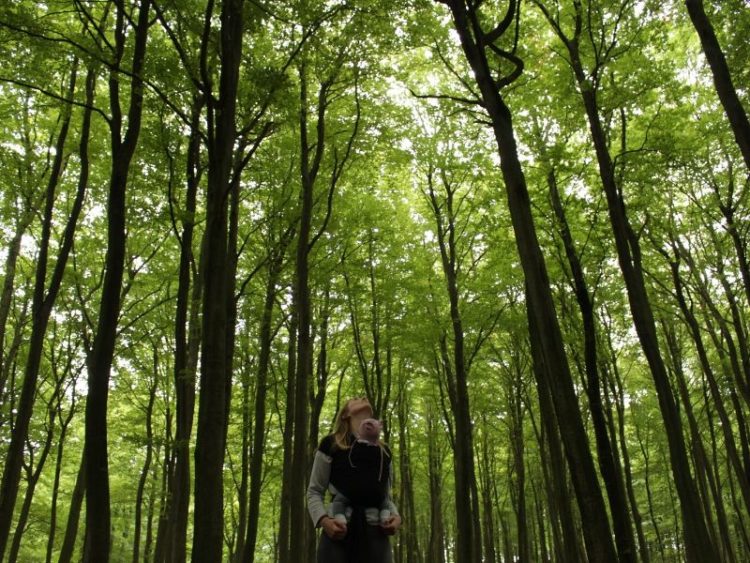 Awareness of our own environment and thus the desire to take responsibility ourselves has increased greatly for many of us in recent years. Suddenly there is a public debate about climate change and global warming and we are worried about what our ecological footprint actually looks like.

After we have congratulated ourselves - and I count myself in there - on the fact that we have already implemented many things such as waste separation, bicycles instead of cars and the greatest possible avoidance of plastics in an exemplary manner, we realise that there is one thing we wouldn't necessarily want to miss out on: traveling.

Tour operators and hotels have also noticed this, and have made ecotourism, sustainability and conscious travel the new buzzwords in the tourism industry. But what does it actually mean to travel sustainably and how can it be implemented?

Sustainability is generally based on the three pillars economy, ecology and social issues. This means that not only should the environment be affected as little as possible by hordes of tourists, but that local tourism must also bring positive benefits to the local population instead of wasting additional money on international hotel companies. It is about protecting a country's nature and culture so that everyone benefits from tourism and yet habitats are preserved.

How does sustainable travel work?

That's the theory, but what does it mean for your future travels? If you book small hotels run by locals instead of big resorts, stay on prescribed trails while hiking and take your garbage home with you, you'll do quite a bit right. Here are some more tips for you on how to make not only yourself but also your environment happy from now on when traveling.

Admittedly, it is often not easy to keep rubbish to a minimum when traveling as much as at home. This often starts with the fact that in many countries it is not recommended to drink tap water. Alternatively, you can buy a large 10-liter water canister and use it to fill your own water bottle, at least in your accommodation. This way you use less plastic than if you buy a new bottle every day.

In many countries it is quite normal to divide your purchase into countless, tiny plastic bags. You can avoid this by always bringing your own bag when you go shopping at your destination.

You can kill two birds with one stone by participating in local clean-up campaigns and collecting rubbish on the beach or in the sea together with other travelers. Not only will you free nature from garbage for the moment, you will also be a role model for the locals, without lecturing or finger pointing.

Many locals can't even know what the effects are if you throw your rubbish into nature. Plastic packaging and processed foods have only been around for a comparatively short time in most countries and are almost always imported. People who have always lived on natural food and have been able to dispose of leftovers in nature, such as banana peels that compost themselves, will take a while to understand why it might not be such a good idea to do so with other packaging.

2. Say NO to animal cruelty

Safaris, elephant camps, horse-drawn carriages - for many people, animals as a tourist attraction are among the most exciting experiences of their holidays. It is important to look very carefully at what really serves animal welfare - or at least does not harm anyone - and what's just cruelty. Many travel destinations have very lax animal protection laws and animals that are intended to entertain tourists are often kept or trained under cruel conditions.

You should definitely stay away from animals that are chained in parks or even in the pedestrian zone, so that tourists can take a photo with them. The same goes for horses, donkeys, elephants or other riding animals, which often stand in the blazing sun without food or water and have to wait to drag the next lazy tourist up a mountain. Also Sea World and similar shows with dolphins or other animals and even swimming with dolphins in locked pools are anything but appropriate and you shouldn't support that at any price. As long as there are still people who pay money for these things, the animals will continue to be exploited.

Another thing is to go on professional safari tours or visit officially recognized wildlife rescue camps. The staff are trained in handling the animals, make sure that a visitor limit is observed and that the animals are not disturbed by the tourists. In addition, entrance fees and charges benefit the animals directly. Please inform yourself in advance about the respective provider. Many organisations now advertise under the guise of animal protection (often the case with elephant camps in Thailand), although the animals themselves are badly kept and sometimes mistreated. Recommendable alternatives can be recognized by the fact that the following things are NOT allowed:

It is best to leave your money directly with the local people during your trip and avoid all-inclusive hotels, restaurant chains or other international companies. Even if they create local jobs - wages are very low in many countries and employees often have the least of what you pay.

It's better to shop at the little shop around the corner and try out a new restaurant every day to spread your money around as much as possible. Choose small, owner-managed hotels for your overnight stay or book a homestay directly with a local family. This not only has the advantage that you support the local people directly - you also learn a lot more about the culture and history of a country yourself.

One of the most climate intense actions you can take as a single person is flying. For example, a flight from London to Paris releases as much CO2 as the production of 750 plastic bottles. A flight from Germany to the US even as much as you would save by eating vegan for a year (more reasons for plant based nutrition you will find here).

The most consequent option would of course be to give up flying completely. If you can't imagine that, there are at least some alternatives to offset your emissions to some extent.

Basically you should plan to travel within a continent exclusively by land, i.e. by train or long-distance bus. This not only saves CO2, but also gives you a much better feeling for the country and people around you. As a rule of thumb, if your travel distance is less than 800 km, you should not think about taking the plane at all, but rather rely directly on alternative means of transport.

If you do get on the plane, you can calm your guilty conscience by letting platforms like Atmosfair calculate your respective CO2 emissions and offset them by paying the calculated amount directly on the Atmosfair site. The money will be used for various climate protection projects, most of which deal with the implementation of renewable energies in developing countries. This way you at least do something to create alternative resources that will ensure that less greenhouse gases are released into the atmosphere in the future. For a flight from Germany to Mexico, for example, you would donate 130 Euros.

A CO2 compensation, which is actually only a monetary donation that you could spend without getting on the plane, is of course not a real alternative - even if it is a good thing.

In the long term, however, CO2 emissions will only be reduced if a way can be found to have aircraft fly on cleaner fuels. Even if these fuels are also harmful to the environment, the emissions will be considerably lower.

On platforms like Flightnook you can also have your CO2 emissions calculated for the respective flight. However, instead of investing the money you pay in environmental projects, Flightnook buys clean fuel made from waste products and delivers it to the nearest airport. You will later receive a report about which plane has flown with the fuel you paid for.

This starts with the country you choose to visit and ends with the accommodation. Before you book, you should ask yourself the question, how overloaded the infrastructure of a country is already by tourism. A good example of overtourism is Venice, where countless cruise ships have already destroyed many of the narrow waterways.

Tourism is distributed in such a way that 80% of travelers visit only 20% of the destinations. Therefore, consciously avoid typical tourist locations, popular Instagram spots and rather look for destinations that still rely on tourism.

When choosing accommodation, you should also consider how environmentally friendly they are. Do they recycle? Are renewable energies used? At Book it Green you can find out where to find such accommodations.

Many people, even if they are environmentally conscious at home, seem to throw all good intentions overboard on holiday. Although it is quite sufficient to follow a few general rules of conduct in order not to cause unnecessary damage to the environment in the country of destination.

Another tip for posting pictures: Avoid geo-tagging in your posts from time to time. Especially if you are in places in nature that have not yet been overrun by tourism, but which are beautiful - just keep the exact location to yourself so that it stays that way for a while longer.

7. Save money - save the world

Fortunately, you automatically travel more environmentally friendly if you travel economically. With a limited budget, you're more likely to use public transport, local street food and homestays.

If you want to save money, you will also not visit most destinations in the high season, which helps too. If the tourists are spread evenly throughout the year and don't concentrate on two or three months, both the environment and local businesses benefit.

On the other hand, cheap tourism always attracts more people than a country can handle. In Mallorca, locals regularly take to the streets to protest against mass tourism, which causes environmental problems, overcrowded beaches, priceless housing and drinking water shortages, without a significant portion of the tourist money reaching them.

Good news for all long-term travelers and digital nomads: It's much easier to adapt to the country if you spend a long time in one place. You have better connections on site, learn to adapt and understand why it is good that not everything goes the same way everywhere.

This article was published in friendly cooperation with Flightnook.