travel blog » 13 reasons to start a plant based diet 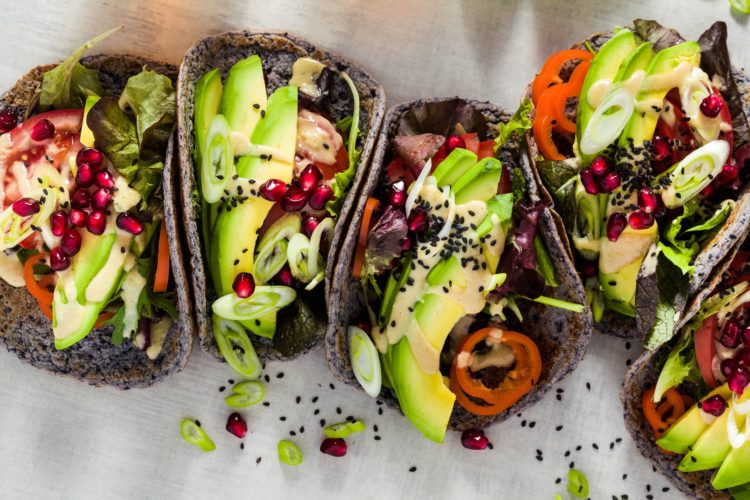 It's a phenomenon: No matter where I travel, the majority of people I meet on the road are now vegans or at least vegetarians. Eco-tourism, green living, making the world a better place - these are the trends among globetrotters. But you can actually tell, that most of them are more concerned with their own convictions than with following trends. Why does a globetrotter want to become a do-gooder at the same time? It is probably, as so often, a question of character and people who travel a lot are usually more open to different lifestyles anyway. Of course, environmental pollution and other global problems that one is inevitably confronted with when traveling also contribute to thinking about one's own lifestyle and in the best case ensure that we take responsibility. Or maybe we simply want to make up for our contribution to the increased CO2 emissions that frequent flying usually causes.

I have been a vegetarian myself since I was 18 years old and this had little to do with my travels at first. I was always crazy about animals and never quite understood why I should cuddle with my dog and eat a pig. I only understood the connection between worldwide hunger, climate change and meat consumption much later. That came with traveling. Through conversations with others, books, documentaries.

For some years now, I have almost completely renounced animal products. Why this would be a good idea even if you didn't care about animals or your environment, you can read here.

I am an advocate of equality, not only among people, but also in relation to animals, the environment and in every conceivable life situation. And eating meat promotes injustice in many different areas around the world.

Not only could every person on earth be fed with all the land used to grow food for farm animals - food would also be distributed more fairly. After all, it is not the case that the local population of the countries where feed is grown benefits from all the meat. These are, as always, richer countries that could afford to be vegan and, unlike many poorer countries, are not dependent on meat consumption.

It is completely incomprehensible to me how people can criticize certain population groups because they eat dogs but at the same time shove a beef steak into their mouths just because the general opinion prevails among us that cows are there to eat.

Even vegetarians still contribute to this injustice. For a long time I did not realize that even by eating eggs, I was causing 45 million male chicks to be shredded each year. Or that small calves are taken from their mothers immediately after birth and killed after a few months, just so that we can consume cow's milk, for which there are countless alternatives.

At the latest when they have a child of their own, most people start to think about what the world will look like in fifty years. It is already visible that it will not be the same at that time and animal husbandry is the biggest cause of deforestation of the rainforest, increased CO2 emissions and global water shortages.

A vegan saves 4,200 litres of water every day and saves 2.8 square metres of rainforest. Even if cycling instead of driving a car, taking a quick shower and saving electricity is a good start - it's just drops in the ocean. If you want to make a real difference in environmental protection, there is no way around a vegan diet.

By the way, it is a misconception that vegans also contribute to climate change with their soy consumption. Over 90% of the soy grown is also used as animal feed and whether you eat a tofu schnitzel once or twice a week will most likely not change that. Nevertheless, it should be mentioned that a healthy, vegan diet is also possible without soy.

3. Eating plant based is fun

When I first thought about eating a completely plant-based diet in 2007, I quickly lost interest in this lifestyle. There was hardly any information about how best to replace animal products, what to possibly supplement, and supermarkets and restaurants were still far from adapting to vegans. There are now thousands of recipes, so you don't even have to resort to substitute products. There are always new vegan restaurants that provide inspiration and ensure that there is something new to discover in the vegetable diet every day. For those of us who like to experiment in the kitchen - it is guaranteed not to be boring.

4. You will look better

Of course you can also be vegan by eating bread and noodles with tomato sauce. However, I assume that most vegans deal with the topic at the beginning of their change of diet and make sure that they are sufficiently supplied with nutrients. Anyone who has been without dairy products for a while, knows the difference this diet makes to their skin and general appearance. After the first phase of the changeover, you will often feel fitter, more alert and healthier without animal products. Perhaps my diet is even responsible for the fact that I have never had a sip of coffee in my life.

If you eat a balanced diet with lots of vegetables, legumes and good cereals, you do not need to resort to any dietary supplements even if you eat a plant-based diet, except of course vitamin B12, which is only available in sufficient quantities in animal products.

Fun fact about vitamin B12: Even in animal products, vitamin B12 is now only present because it is added to animal feed. Arguments that a diet in which you have to supplement cannot be healthy are therefore no longer valid.

By the way, you do not need to be afraid of muscle loss. I work out every day - with weights too - and I never had problems with blood values or gaining muscles. If you're worried about not getting enough protein, there are countless complete alternatives for an extra shake, from pea protein to hemp protein. Here you can read my tips for a wholesome, vegan diet.

5. A vegan diet is accepted

Of course you will not be able to avoid one or the other stupid comment if you decide to go without animal products and there will always be people who want to discuss this form of nutrition with you. However, in my personal experience, the number of critics has fallen sharply in recent years. Vegan food is present everywhere and in the meantime even the last ones should have understood that it has nothing to do with esoteric ecologists who think they are better people. The more the number of vegans increases world-wide, the more the economy will adjust to it and the easier it is made for newcomers. So really everyone can contribute to a rethink.

6. You will be healthier

If you do it right, a plant-based diet is one of the healthiest diets in the world. Not only can you easily absorb all the necessary micro- and macronutrients - you also save yourself the additional intake of antibiotics and other medication residues.

Moreover, no one will be able to deny that a large part of our diseases were introduced by eating meat. Even a normal cold was not originally a human disease, but actually comes from the pig and only came into existence with the beginning of animal husbandry.

Whether corona, bird flu or swine flu - if we would finally stop exploiting other living beings, we would perhaps be spared one or the other pandemic in the future.

Even though it is a very obvious reason to eat vegan food, some people seem to completely ignore this point: A plant-based diet is actually better for the animals. I know that it is often difficult to take responsibility for something that the majority of society thinks is okay. However, I cannot find a logical argument for why it should be normal to lock up animals by the thousands without light, air, food or water, to transport injured and half-dead animals over days through sometimes several countries or to kill healthy animals shortly after birth.

Even if these things are socially accepted, each individual should still be aware that his or her eating habits determine production and each individual purchasing decision is a kind of a vote for what we want and what we don't want.

Advantages of a vegan diet when traveling

Intentions are all well and good - but I have thrown everything overboard myself more than once when I was on the road and the search for balanced food without animal products was too time-consuming. A plant-based diet means better planning. But then you will soon feel the benefits - at home and on the road.

1. You save yourself unwanted interruptions of your journey

Of course, it can also happen to you as a vegan that you get problems with your stomach in a foreign country because of the unfamiliar diet. However, I have never had problems with this on any trip and I blame it mainly on the fact that I have never eaten meat (which is usually the source of contaminated food).

Whether I ate unwashed fruit from a street stall, chewed mountains of salad or the ice cubes from my drink - I never felt bad. Unlike the people who ate at the wrong taco place the night before.

"I have more important problems" or "I don't have time to deal with this" are probably the most common statements I have heard about veganism. An argument that usually falls away when travelling. So traveling is a great time to think outside the box and understand that we would all be worse off if everyone thought their personal concerns were the most important thing in the world.

Especially in countries outside Europe, meat and cheese are often expensive, whereas fresh fruit and vegetables are available for just a few cents. So what better time to protect the environment and do something for the holiday budget at the same time?

There is hardly a better start to a plant-based diet than in a country where vegan food is the mainstay anyway. Most Buddhist countries conjure up the most delicious dishes completely without animal products and you can immediately bring home the first recipes. In other countries I often only realized how versatile a vegan diet can actually be.

5. You have more time to travel

Because as has been proven in the meantime: With a diet without animal products there is hardly any cancer, fewer cardiovascular diseases and less resistance to antibiotics. So you practically live forever and can use this time to travel.

6. You make the world a little better while you travel

Are you one of those people who were really shocked after you saw a child with a bloated belly from malnutrition for the first time while traveling or were confronted with other problems that you normally don't get in touch with at home? Then here comes the good news: by not eating meat, you can do something about it immediately. Because without the meat industry, entire nations would have fewer problems with food shortages, environmental pollution or the destruction of their habitat. This is something that anyone can do. You don't have to donate money, build houses or invest any other resource. A little bit of self-renunciation is enough - world salvation through omission.

I'll spare you the sentence at the end that I'm not trying to missionize others with this article, because that's actually the goal. But why not inspire others for something you are convinced of yourself?