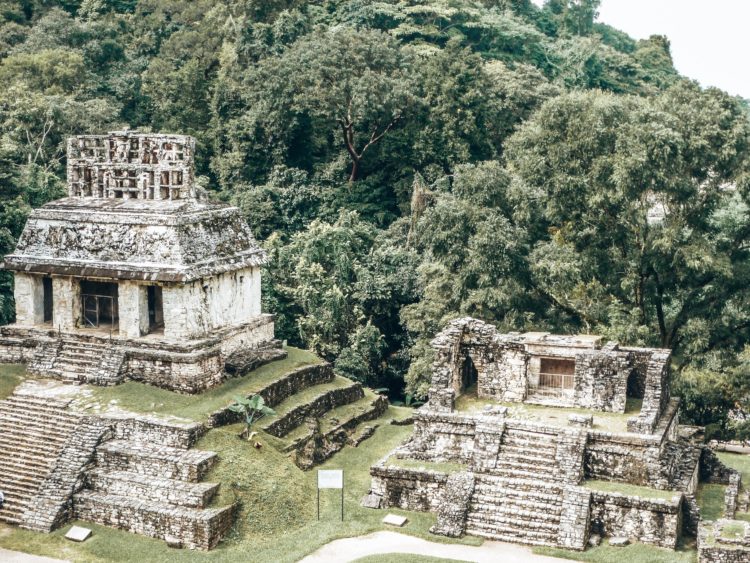 Besides sunbathing at the Riviera Maya or visiting a cenote there is one thing that you shouldn't miss during your Mexico vacation: experiencing the Mayan culture. Innumerable pyramids, partly whole, still well preserved Mayan cities can be found spread over the Yucatán peninsula. Which Mayan temples are really worthwhile, which you can even climb and how to get there best, I show you here.

If you don't have enough time or don't want to see more than one Mayan site, the ruins of Cobá would be my first choice. Cobá is located right between the coast and the famous ruins of Chichén Itzá. From both places Cobá is about one hour away. The spacious area in the middle of the forest is still a small insider tip, although in my opinion it offers much more than the more famous Chichén Itzá. In Cobá you will find the largest Mayan ruin in Yucatan, Nohoch Mul, which you can even climb, like all pyramids in Cobá. The view over the forest and the ruins is phenomenal.

In order to enjoy the site as much as possible in peace and quiet, it is best to rent a car in Tulum or Playa del Carmen and stand in front of the door from eight o'clock onwards. Two hours later the big tour buses arrive as usual and the idyll in the forest is over. At the entrance to the pyramids you can rent bicycles to cover the rather long distances between the scattered ruins.

Chichén Itzá is on everyone's agenda during a holiday in Yucatán, and not only since it belongs to the new seven wonders of the world. It is the most visited and probably best preserved Mayan site and its highlight, the pyramid Kukulcán a real celebrity. Unfortunately, the area is therefore hopelessly overcrowded at all times and completely geared towards tourism. If the masses of people make it hard enough to have an extensive view to the really beautiful ruins, the many souvenir sellers at each free corner do the rest. The atmosphere of the fascinating Mayan history, as I was used to from other places, was unfortunately completely gone for me.

For those who want to take a little longer distance to get a real Mayan feeling, Edzná, in Chiapas, is worthwhile. The site is completely outside any major city and is rarely visited, especially in the morning. We were the only people on the whole site and for the first time felt really transported back in time. At that moment I wouldn't have even been surprised if we had really run into some Mayans. The whole place, lined with beautiful pyramids, which can also be climbed, lay peacefully and without any noise in the morning sun. Since these ruins were also the first I saw in Mexico, it was an incredible experience.

We visited Edzná from Campeche, from where it is about half an hour away by colectivo. From Merida it is already over two hours drive to the national park. So the way is only worth it if you are in this corner of Mexico anyway.

Uxmal is also located on the western side of Yucatán, about one hour from Merida. The Maya city itself is absolutely impressive and countless buildings are completely preserved. You can visit various pyramids, palaces and tombs. Actually, the entire city still stands as it did over a thousand years ago. The surroundings are not quite as nice as in Cobá. In Uxmal, everything is relatively narrow on a simple meadow - nevertheless one of the most beautiful Maya sites in Yucatán.

If I had been a Mayan, I would definitely have chosen Tulum as my place of residence. Directly at the Caribbean dream beach, in a bay, surrounded by palm trees, the ruins are spread over the area. Thus they can hardly be compared to any other Maya site. But since they are located directly in Tulum, the area is very crowded. So again, it is important to be one of the first at the entrance.

Tip: If you don't only travel through Yucatán and Quintana Roo, take a look at the pyramids of the former Aztec empire too. Teotihuacán with its pyramids Sol and Luna has completely different dimensions than the ruins of the Mayan Empire.