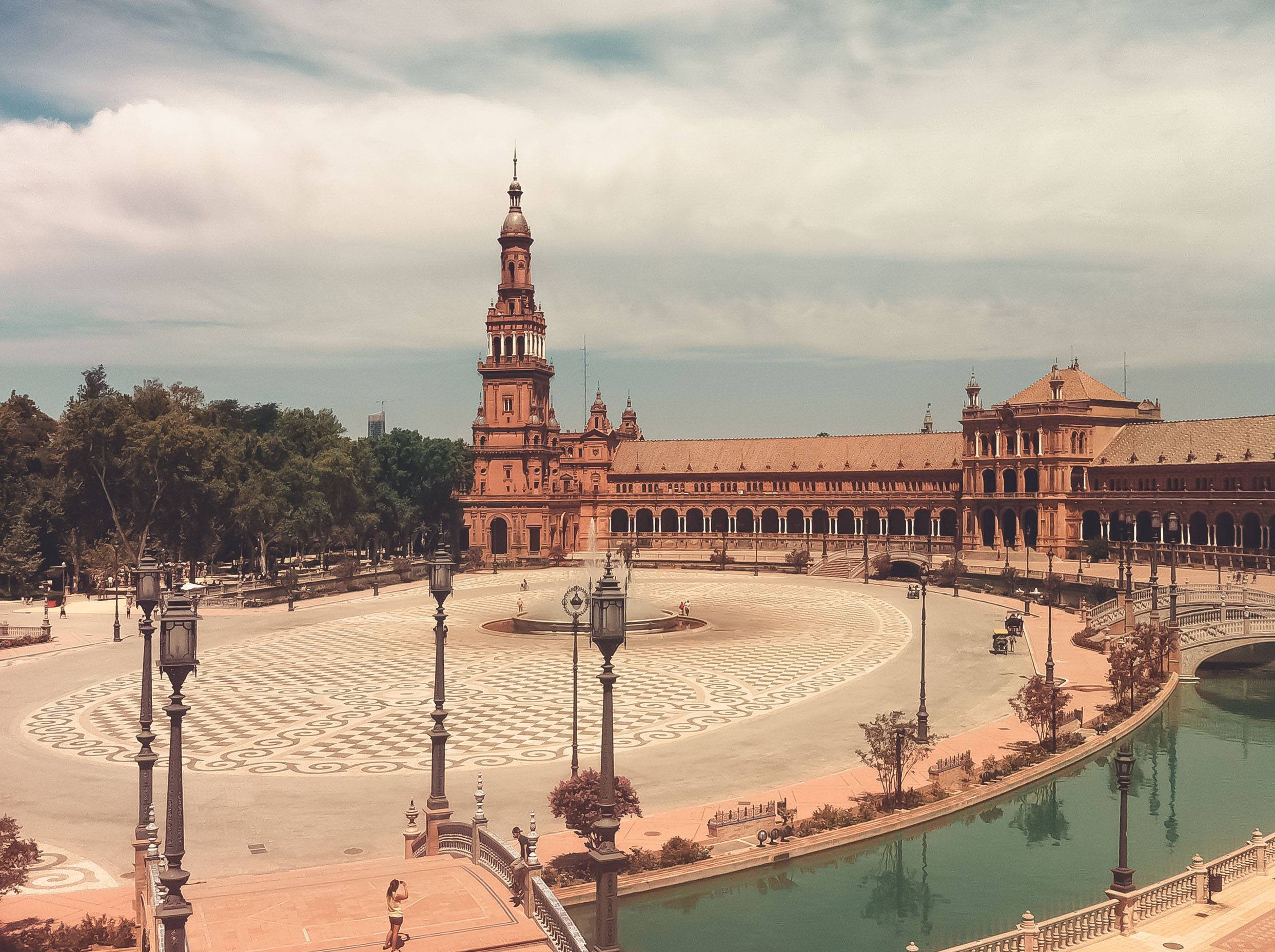 One week by car through Andalusia, from Seville to Málaga. Two cities that couldn't be more Spanish and in between miles of sandy beaches, Granada with its Alhambra and Cádiz, the oldest city in Europe. I was surprised how multifaceted the south of Spain really is. Andalusia's sights and my very personal travel tips you can find here.

We started our trip in the capital of Andalusia at the worst possible time, at the beginning of August. It gets up to 50 degrees Celsius there at noon time - not optimal for a city tour. But somehow, the shimmering heat was simply part of our tour through the south of Spain.

As in all Andalusian cities, you can clearly see the influence of the Arabs and Islam in Seville. The Gothic cathedral (the largest in the world after St. Peter's) was originally a mosque. Actually, the whole city is a mix of cultures. The Barrio de Santa Cruz, the Jewish quarter, is one of the oldest districts of the city. What you should definitely visit is the Plaza España, which was built for the world exhibition in 1929 and is considered one of the most beautiful in Spain. The Parque Maria Luisa next to it is the green oasis of the city and a good place to relax in the shade, especially in midsummer.

If you visit Seville for the Feria de Abril, at the end of April, the whole city is in a state of exception. Everywhere in the streets you can admire the best flamenco dancers in their costumes.

After about one hour you will reach the coast south of Seville and the oldest city in Europe, Cadíz. Here you can swim in the sea at Playa de la Victoria, the city's longest beach (three kilometres long) and enjoy the much fresher air compared to Seville.

In the evening you must visit the old town to enjoy tapas, beer and wine together with the locals.

It is about a three hour drive from Cadíz back inland to Granada. Before you visit the famous Alhambra, you should also enjoy the flair of the old town. I love Spanish cities on summer evenings. The small bars with few chairs and tables in front of the door, offering wine or beer including a selection of tapas for a couple of Euros. With Spanish music and loud, cheerful people. Spaniards simply know how to enjoy life.

In the Alhambra, the Islamic city castle on the hills above Granada you can easily spend a whole day. Be sure to book your tickets in advance. They are otherwise, especially in summer, often sold out. The Nasrid palaces, the jewel of the Alhambra, can only be visited at certain times and there will be long queues. Better be there in time if you don't want to miss a tour.

We finished our journey in Málaga. With more time I would have liked to visit the monkeys in Gibraltar and stop at the west coast for kitesurfing. But as always, I have a reason to come back again.

In Málaga, the Feria, the biggest summer party of the Costa del Sol, takes place in August. But also the "normal" nightlife has a lot to offer here - like everywhere in Spain. Remember that the clubs usually don't open before two in the morning and therefore the partying continues at least until sunrise.

A week in Andalusia is more than filled with this route. You could spend seven days in Seville alone without having seen everything. But on this route you get the full load of Spain feeling in the shortest time. If you don't want to go by car yourself, you can also travel the individual routes comfortably by bus. The connections between the cities are great.

You love Spanish cities in summer? Then read my articles about San Sebastián, Barcelona & Madrid!